In 1995, I travelled to Vietnam on a research trip the result of which was the body of work entitled A Place of Tribute (see Works on Paper, mixed media).  In Hanoi’s old quarter, I stumbled upon Salon Natasha. It stood out amongst the throng of commercial galleries for its eclectic and avant-garde work, which included that of some of Vietnam’s leading contemporary artists. Welcomed by the director, Russian-born Natalia (Natasha) Kraevskaia, we were soon drinking coffee at the tiny table in the gallery, engaged in deep conversation and were introduced to the rather reclusive Tan (Vu Dan Tan), her artist husband who had just been selected to represent Vietnam in the 1996 second Asia Pacific Triennial (APT) at Queensland Art Gallery. We had a lot to talk about and, with my partner Jon, something between the four of us sparked. After a second gallery visit, we invited them to stay with us on our farm at Mt Burrell in northern NSW when they came to Brisbane for the APT a few months hence.
During that memorable, one-week visit in 1996, we enjoyed  Russian vodka, laughed a great deal and  watched Tan carve and paint small and large packaging boxes that we had collected for him, expanding in scale something he had started in Hanoi. I introduced them to my closest colleagues from CPM (Community Printmakers Murwillumbah) – Michael Baartz with whom I had collaborated before (see Out of the Shadows in Select Exhibitions), Pat Van Ingen and Kim Townsend- and the seed of a collaborative exchange was born.
Our little group of four at CPM initiated various forms of collaboration; exciting works on paper were sent back and forth from Australia to Vietnam in postal rolls with Natasha and me as co-coordinators.  The project continued for about eighteen months, growing ever larger. Lismore Regional Gallery, with whom I had a long association, took an active interest from the start and it soon became apparent that an unusual exhibition was in the making. We had produced over 100 works, many of which were multiple-part pieces. In addition to the Lismore Gallery, several other public art galleries we approached were interested in obtaining the exhibition and it became obvious that it would be beyond our capacity to organize this. Lismore Gallery offered to take over the touring component, obtaining funding from several sources.
The exhibition opened at the Lismore Regional Gallery in 1997. In 1998, Pat Van Ingen and I travelled to Hanoi to assist Natasha with curating and hanging, and to represent the Australian artists at the openings at Salon Natasha and the Australian Embassy.
Through 1999-2000 the exhibition toured eight regional galleries in NSW, Queensland, Victoria and W.A, and to Queensland College of Art, Brisbane.

Please refer to Catalogues, ABC radio interviews and other links on the website for further details.

In all cases, the first name refers to the initiator. Works were then sent from Australia to Vietnam or vice versa, the second artist adding to it before returning to initiator for completion. Several obvious multiple-part works such as Whispers, involved all or most of the participants.

To avoid repetition, please refer to both catalogues for further images.

Beyond obstacle
across borders
dispelling inner constraint
the shadow image, no longer
impeded by body, looks
seaward over oceans
unfettered
without limit
towards the other.

On Constraint poem within image below left, shadow image (looks towards the other) below right.

The Queensland College of Art, Griffith University (QCA) collaborated with Vietnamese artists in two recent exhibitions. Crosscurrents was an artist-initiated cross-cultural collaboration between four Australian and six Vietnamese artists. Over 16 months the two groups of artists worked in their own countries, corresponding with each other, sharing their thoughts, emotions and their art. The title refers to points of meeting and interweaving and avoids notions of East-West so prone to simplistic categorization. The recent debate in Australia concerning Asian immigration highlighted problems of racial intolerance, and prompted the Australian artists to include an educational component, addressing the project aims with audio-visuals and workshops. The exhibition was held in May and June 2000 at the QCA and the artists were Kim Townsend, Michael Baartz, Pat Van Ingen, and Bonney Bombach from Australia, and Le Hong Thai, Eric Leroux, Le Tuan Ahn, Truong Tan, Vu Dan Tan and Mai Chi Thanh from Vietnam.

Vu Dan Tan is one of the most important artists in the contemporary Vietnamese art scene. He was a self-taught artist, born to a playwright in Hanoi in 1946, where he started his career working in the cartoon film studios of Hanoi Television. He worked in this area while travelling in Russia and Cuba, where he subsequently learnt to paint. In 1990, together with his wife Natalia Kraevskaia, Tan founded Salon Natasha, the first private gallery in Hanoi. During the early ‘90s, Salon Natasha was the only independent exhibition space free from governmental control and open to both art professionals and the public. The gallery has played a central role in supporting well-known and emerging artists alike, as well as in introducing art, very often of an experimental and non-commercial nature, to the public. Tan was known for his unique and intriguing artistry of applying recycled and abandoned everyday materials to his works, such as carton boxes or discarded candy packets, which seems to have something in common with child’s play and reflects his innocent and fanciful imagination. Tan’s work varied in scale and medium, from collages of cigarette packets which he cut and painted, to life size temple and boat installations made from appliance boxes. His work has been widely exhibited and collected in countries such as France, New Zealand, Australia, Germany, Finland, Japan, USA, Singapore and Vietnam. (Asia Art Archive)

VISIT TO HANOI, PREPARING FOR OPENING OF CROSSCURRENTS EXHIBITION 1998 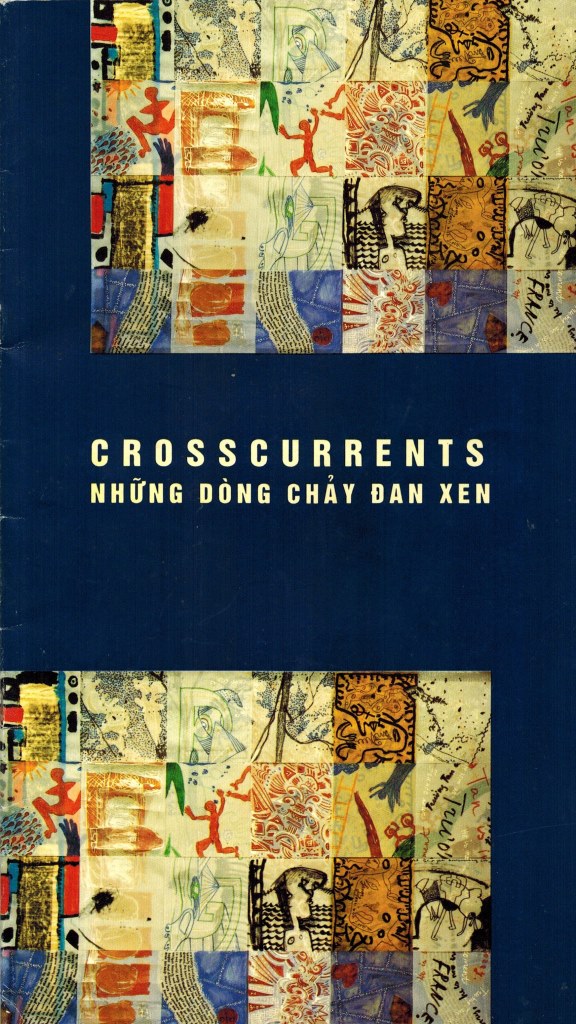 Australian Embassy, Hanoi- commissioned rug based on one Crosscurrents work 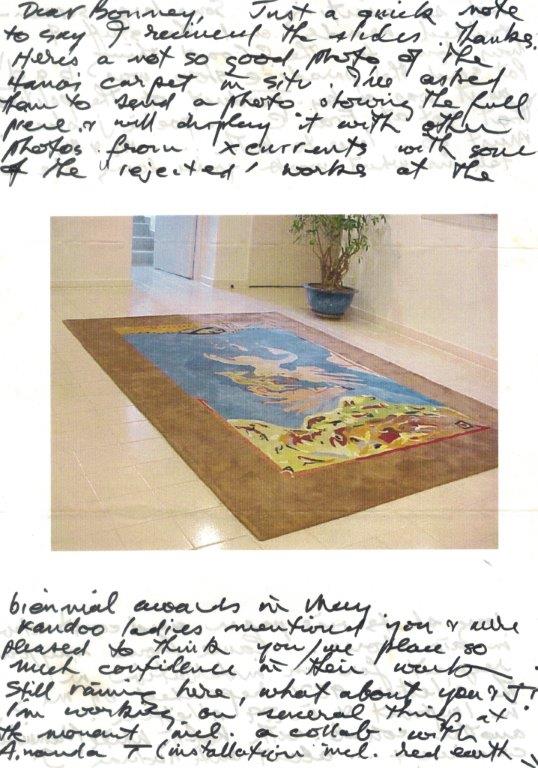 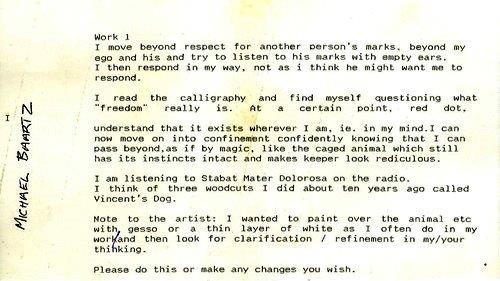